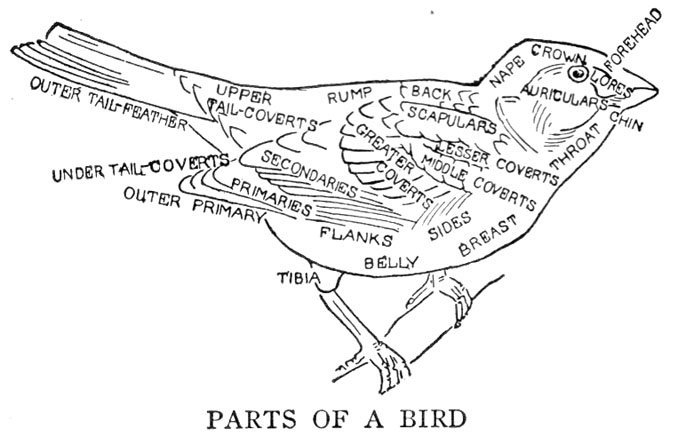 If you are new to birdwatching, skimming through a field guide can sometimes be a little bewildering. What do all those strange words mean? Lores? Tertials? Wing bars?

Below we have compiled some of the birdwatching terms that you probably don’t use in everyday conversation. Can’t find the word you’re looking for? Let us know so that we can update this glossary.