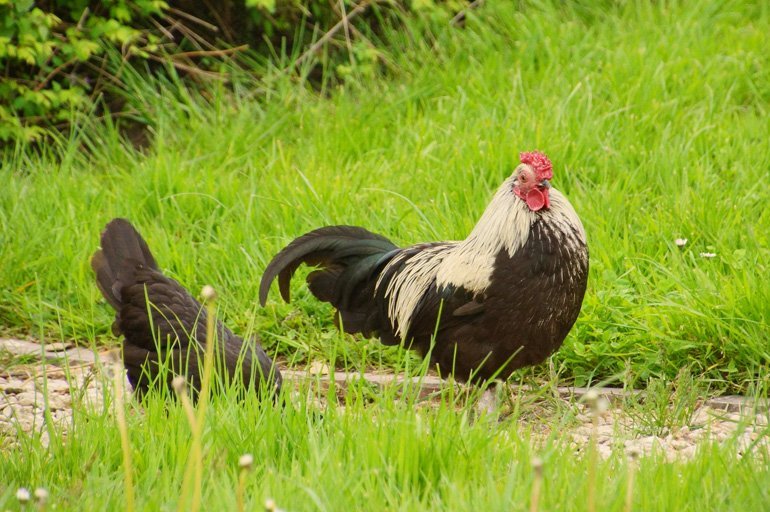 On Friday, March 13, laboratory samples from a backyard poultry flock in Leavenworth County, Kansas, tested positive for the H5N2 form of avian influenza.

The backyard flock, which consisted of ducks and chickens, showed increased mortality rates prior to testing. Samples were sent to a USDA Animal and Plant Health Inspection Service (APHIS) laboratory in Ames, Iowa.

The Kansas Department of Agriculture (KDA) was notified late on Friday afternoon of the test results. In response, Kansas Animal Health Commissioner William L. Brown has issued an official movement restriction order to prevent susceptible livestock from moving into or out of the area. The control zone covers parts of Leavenworth and Wyandotte counties. No livestock susceptible to avian influenza, including poultry or poultry products such as eggs, may be transported into or out of the control zone.

The KDA is also working to survey backyard poultry flocks in the area to monitor the spread of the disease. Poultry owners in Leavenworth Country are requested to report their flocks to the KDA (see Helpful Resource below).

These measures are in addition to a control zone that was established in Cherokee and Crawford counties on Thursday, March 12, in response to a confirmed case of H5N2 in Jasper County, Missouri.

Centers for Disease Control and Prevention (CDC) currently considers the H5N2 threat to humans to be low. So far there are no reports of people being infected with this virus.

H5N2 reports across the country are prompting dozens of foreign nations to ban American poultry products. However, the USDA states that meat and eggs from affect poultry are safe to eat if cooked properly

Where Did H5N2 Come From?

H5N2 avian influenza is considered a mixed-origin virus related to H5N8. H5N8 originated in Asia and is believed to have traveled with migratory birds to the Pacific Coast in 2014. The H5N8 form of the virus mixed with North American forms of avian influenza to produce a new virus, called H5N2.  This disease appeared in British Columbia in November and December 2014. Later it spread to Washington, Oregon, and Idaho.

On March 5, H5N2 was confirmed at a commercial turkey farm in Minnesota. On March 8 and 9, two turkey farms in Missouri were affected. The first outbreak was the Jasper County incident that prompted the establishment of a control zone in southeastern Kansas. The other case was reported in central Missouri. On March 11, a turkey farm in northwestern Arkansas was affected.

Avian influenza is typically blamed on migratory birds, but the unusual facts concerning the spread of H5N2 are leading some authorities to question this theory. The disease originated in the Pacific Flyway, then jumped to the Mississippi Flyway, working its way from north to south before appearing in the Central Flyway, Kansas being the first state in the flyway to report H5N2. Neither the large jumps from flyway to flyway nor the late-winter/early-spring southward movement of the virus appears to match the behavior of migrating birds.

According to Michelle Carstensen, wildlife health supervisor for the Minnesota Department of Natural Resources:

I am saying that it is extremely unlikely that wild, migratory birds moved from the Pacific West coast into Minnesota in February and exposed the flock in Pope County to HPAI H5N2; it is further unlikely that infected wild waterfowl moved from Minnesota to Missouri or Arkansas in recent weeks given the time of year.

Furthermore, wild birds in Minnesota in the vicinity of the March 5 outbreak have so far tested negative for H5N2. The Missouri Department of Agriculture reports that the 18 other poultry farms within a 6.2-mile radius of the March 9 outbreak also test negative.

The USDA, however, still points to wild birds as the cause of H5N2 spread, observing that a partial genetic sequence of the proteins in the Minnesota virus showed over 99% similar to those of an affected northern pintail duck found in Washington.

How to Prevent Bird Flu In Your Flock

Vaccines are available for avian influenza, but so far they are ineffective simply because of the many variations of the virus. Instead, the KDA recommends the following measures:

The disease is typically spread by direct contact with infected animals or by contact with contaminated feed or water. The virus is found in feces, saliva, and respiratory secretions.

Find links to more information below.

What to Do If You Suspect Bird Flu

Common symptoms of avian influenza in poultry include:

There is no cure for avian influenza. All affected animals must be humanely destroyed. The KDA also recommends notifying a veterinarian.

Avian Influenza
Updates, factsheets, and more information from the Kansas Department of Agriculture.