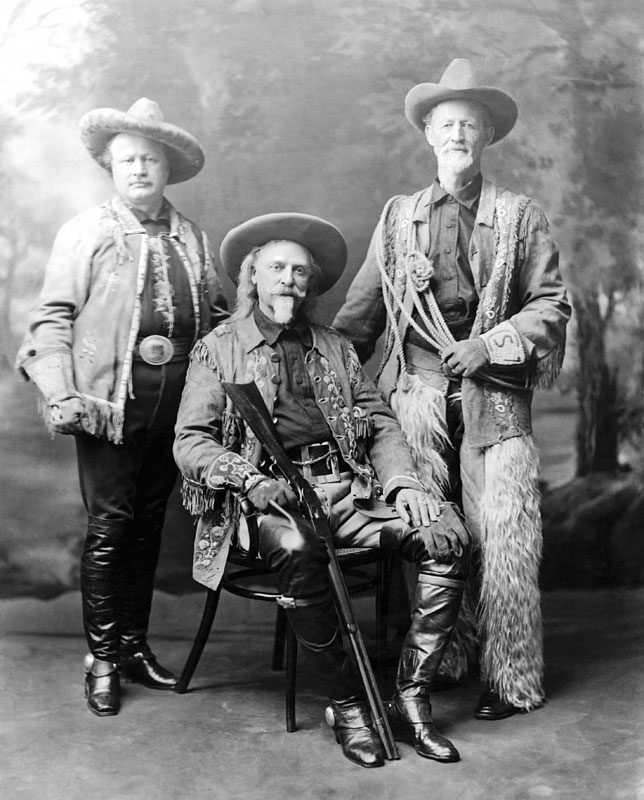 There are many reasons why Charles Jesse Jones could be an interesting person to read about. He grew up on the Illinois frontier when Abraham Lincoln was still a backwoods lawyer. He became a pioneer, a cowboy, and a rancher, but still lived a remarkably clean life, never touching caffeine, let alone spirits. He was a founding member of Garden City, Kansas. He rubbed elbows with Teddy Roosevelt, who eventually appointed him Park Warden at Yellowstone. He even spent a while capturing big game in Africa—with a lasso!

But none of these things gave Charles Jones his claim to fame. His nickname, “Buffalo” Jones, says it all. He has the distinction of being one of the first and most dedicated to save the bison from extinction.

Incidentally, Buffalo Jones, the rescuer of the bison, started out as a buffalo hunter himself.

Jones had been studying at Illinois Wesleyan University for two years when a bout with typhoid fever changed the course of his life. His poor health convinced him to give up his studies and move west to Kansas. In 1866, he moved to the town of Troy in the northeastern corner of the state, where he married, started a tree nursery, and taught a Sunday school class. Jones was evidently cut out for adventure, however, so while in Troy he decided to try his hand at hunting buffalo.

Selling buffalo hides was a profitable pursuit at the time, so Jones moved his family and his nursery business to Osborne County, arriving on New Year’s Day, 1872. Here he could be close to the great herds of bison. Besides hunting buffalo, Jones earned extra cash by capturing mustangs and taming bison calves to sell at county fairs.

In 1878, Jones moved still further west to help lay out Garden City, and was subsequently elected as the new town’s first mayor. In addition to his duties as mayor, Jones became involved in architecture, real estate, irrigation, and railroads. One would think that these diverse projects would leave little time for thinking about bison, but even then Jones enjoyed training buffalo calves to pull his wagon through the streets of Garden City.

Terrible blizzards hit Jones’s part of Kansas in 1886, killing cattle by the thousands. The catastrophe proved to be an epiphany for Jones. He suddenly realized that bison would never have perished in the cold. At that moment, he also recognized what the West was losing. He appreciated the historical significance and iconic symbolism of the bison. By 1886, Jones was sorry that he had ever become a buffalo hunter.

Jones’s friends regarded him as a visionary, and indeed he was. But he was also a man of action. Buffalo Jones did not waste time lamenting the fate of the bison—he set about to reverse that fate.

Jones recognized early on that if ranchers were going to be interested in saving the bison, the bison was going to have to make himself useful in return. So Buffalo Jones worked diligently to identify potential markets for buffalo.

One potential product that bison could provide was fur. Fur could be collected without killing the buffalo, and it had many uses, ranging from socks to blankets.

Another possibility was breeding buffalo to cattle. Jones hoped that a buffalo/cattle hybrid would provide a profitable beef animal with superior hardiness in range conditions. He also hoped that the “cattalo,” as he called them, would retain the docile temperament of their domesticated parent.

After scouring the area around Garden City for buffalo, Jones was alarmed to realize just how few bison were left. Clearly, there was no time to be lost.

Starting in 1886, Jones began making trips to the Texas and Oklahoma panhandles to capture bison calves. After four trips, he had collected 57 buffalo. These calves were released on his ranch in Garden City. In 1889, Jones added to this herd by purchasing 83 head from Manitoba—nearly all of the bison that were left in Canada at that time!

Jones subsequently collected another large herd at a ranch in McCook, Nebraska. This ranch lasted from 1890 to 1892 and was home to as many as 100 buffalo.

Jones used both herds to supply all who shared his vision of preserving the bison. Some buffalo went to zoos, while others formed herds on private ranches. Ten of Jones’s bison were even shipped to England.

Meanwhile, Jones also worked on breeding cattalo at his Garden City ranch. Here he met with limited success. For one thing, the cattalo were usually sterile. For another thing, they seemed to partake strongly of the wild nature of the bison.

Unfortunately, Jones did not have the means to continue his great rescue. The McCook ranch proved to be a financial failure by 1892. The rest of Jones’s money was lost in the Panic of 1893, so he took part in an Oklahoma land rush that same year, hoping to restore his fallen fortunes. However, in 1895, Jones was forced to sell off his Garden City bison to ranchers further west. Jones next spent some time as a legislator, a railroad promoter, a prospector in the Yukon, the author of an autobiography, and a game warden at Yellowstone National Park.

In 1906, Jones once again owned a ranch, this time on the North Rim of the Grand Canyon. Here he resumed his experiment of crossing bison with Galloway cattle, with about the same success he had experienced in Garden City. Cattalo never became very popular among ranchers.

But Jones’s broader purpose—saving the bison from extinction—was a resounding success thanks to the breeding stock that he sold around the country. His bison provided the genetic foundation for most of the buffalo alive in the United States today.

Charles Jesse Jones
An old photo of Buffalo Jones himself driving a team of buffalo—“Conquered at Last.”