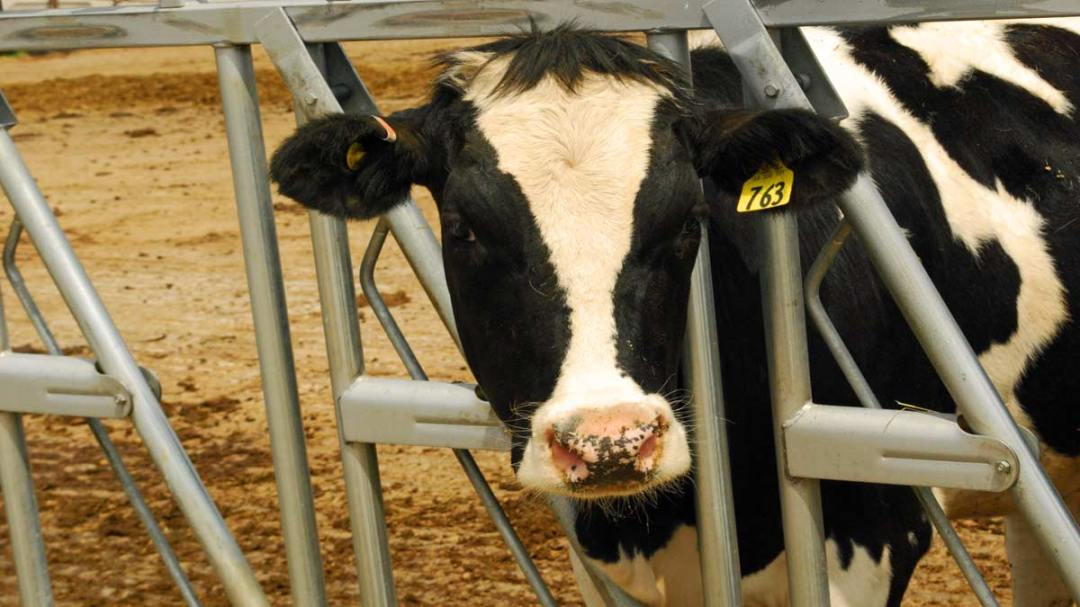 One way that cattle breeds can be grouped is by their genetic background. The genetic background of the various cattle breeds of the world is of vital importance to the prospective cattle owner, as each variation reflects a different philosophy and approach to selection. At one end of the spectrum, a few breeds were intensely inbred to maximize production for industrial purposes. At the other end, some breeds were shaped solely by nature to survive without human intervention. And of course, there are several options in between.

The five types of genetic background in livestock breeds can be categorized as follows:

Industrial breeds are highly specialized, tightly controlled breeds typically created and maintained by corporations. They are created for one purpose—to provide food and plenty of it.

The original gene pool of an industrial stock is frequently chosen from a small, high-production segment of a standardized breed. Subsequent breed development involves intense selection pressure focused on maximizing production traits. As a few high-production sires emerge via progeny testing, artificial insemination spreads the genetics of this handful of animals across the globe. From a small genetic foundation, a large but remarkably uniform animal population is thus created to supply consumers worldwide.

Industrial breeds are typically high-octane animals that are expected to produce massive amounts of milk or meat in exchange for scientifically formulated rations. They usually spend their entire existence in close quarters, as confinement allows for tighter control of the production process. As a result, selection is entirely artificial (humanly guided), with natural processes having minimal influence on breed development.

This model of raising industrial stocks is standard in the poultry and swine industries in the United States, but is not typical in the beef cattle industry. The dairy industry, however, possesses one industrial breed—the Holstein, selected for amazing quantities of milk.

Characteristics of industrial breeds include:

A standardized breed, as its name suggests, is bred to meet certain standards, whether those are of conformation, production, or behavior.

The animals that form the foundation of a standardized breed can come from a variety of sources. Historically, most were probably originally landraces for which a standard and a breed association were subsequently formed. Other breeds are essentially composites that have stabilized and cohered over time. In some cases, standardized breeds develop from a split of an existing breed into two separate populations, each bred for a different purpose. In any case, the emphasis on the written standard necessitates a large degree of artificial selection.

Standardized breeds are characterized by the organization and coordination of breeders under the auspices of one or more breed associations, which also play an important role in breed promotion. Different breed organizations have vastly different philosophies. Some registries only accept animals documented back to a certain set of ancestors, while others allow the introduction of outside blood through upgrading. Some emphasize a sole purpose, while others promote the versatility of the breed. In general, these policies are a product of breeder perceptions of what makes their chosen breed marketable at any given point in time.

Characteristics of standardized breeds include:

Standardized breeds are suited to nearly any production system where genetic consistency is desirable.

A composite breed is actually a blend of breeds fixed at a precise ratio to combine the desired traits of each. It could be considered a standardized breed in its infancy.

In the development phase, creating a composite breed involves crossing two or more pure breeds repeatedly to achieve the desired ratio, usually with the goal of creating a population ideally suited to a particular environment or economic situation. That may sound simple, but to create a sizable gene pool free from inbreeding problems requires dozens of sires and potentially hundreds of females. The crossbred offspring of this initial foundation have to be crossed and preferably recrossed until the population stabilizes, with each breed contributing to the overall genetic makeup in the desired proportion.

Once the composite breed is established, however, management becomes extremely simple. A composite is generally mated like any other pure breed, although a few populations known as “open” composites are maintained with regular influxes of outside genetics. Genetic makeup is the defining characteristic of composite breeds, but they may also have written standards focusing on conformation and production traits.

There are many different composite breeds available in the beef cattle world today. Most were developed to take advantage of Brahman genetics without the associated negatives of fertility issues and poor beef quality. Examples include the Beefmaster, the Brangus, and the Santa Gertrudis.

The characteristics of composite breeds include:

As a general rule of thumb, composite breeds are best suited to commercial operations that require a balance between consistency and hybrid vigor.

A landrace is a group of genetically related animals unique to a given geographical area.

Landraces come about over time as animals from a variety of backgrounds within the area interbreed for many generations with relatively little outside influence. The environment is the major factor that shapes the landrace. If a given animal is not suited to local conditions, it probably will not thrive and produce offspring. Instead, other animals that can thrive will produce the next generation. That said, humans also play a role indirectly through management practices and directly through selection for factors such as production, working ability, and appearance.

In the past, landraces were kept pure by geographical isolation. These days, the Internet has made promoting breeding animals to distant buyers possible, somewhat blurring the lines between landraces and standardized breeds. However, the genetic diversity of the landrace is still maintained by the lack of a written standard.

Examples of landraces include the Florida Cracker, the Pineywoods, and the Randall.

Characteristics of landrace breed include:

In general, landraces are best suited to small-scale farming in the environment for which the breed was developed.

A feral population is derived from the descendants of domestic animals that have escaped into the wild and survived to produce offspring.

Subsequent generations are selected entirely by the environment, producing a breed that is remarkably well adapted to survival in a given geographical area. The genetic base of a feral breed can be either very narrow or very broad, depending on how many founders there were and how much the population has subsequently been influenced by outside genetics.

Feral cattle are often actively eradicated by humans, as they are typically regarded as a dangerous nuisance to people and a threat to the local native plant and animal species. However, a few individuals and organizations attempt to preserve feral populations for their historic and research value.

Probably one of the best-known feral populations in the United States is the Hawaiian breed primarily valued for the thrills it provides to big game hunters. Also of interest, the standardized White Park has close relatives among feral cattle still living in England, such as the Chillingham breed.

Characteristics of feral breeds include:

Feral cattle breeds are not of interest to most producers, as they can be difficult to obtain and handle. However, they can be redomesticated and formed into either a landrace or a standardized breed.

Choosing a Breed of Cattle
Learn more about the various types of cattle, plus find out how to determine which genetic background is right for you by assessing your five needs. Free sample pages are available.

An Introduction to Heritage Breeds
Includes an excellent summary of the different genetic backgrounds behind livestock breeds. Read our full review.